Educational Crisis in Afghanistan: Atrocities Upon the Female Population 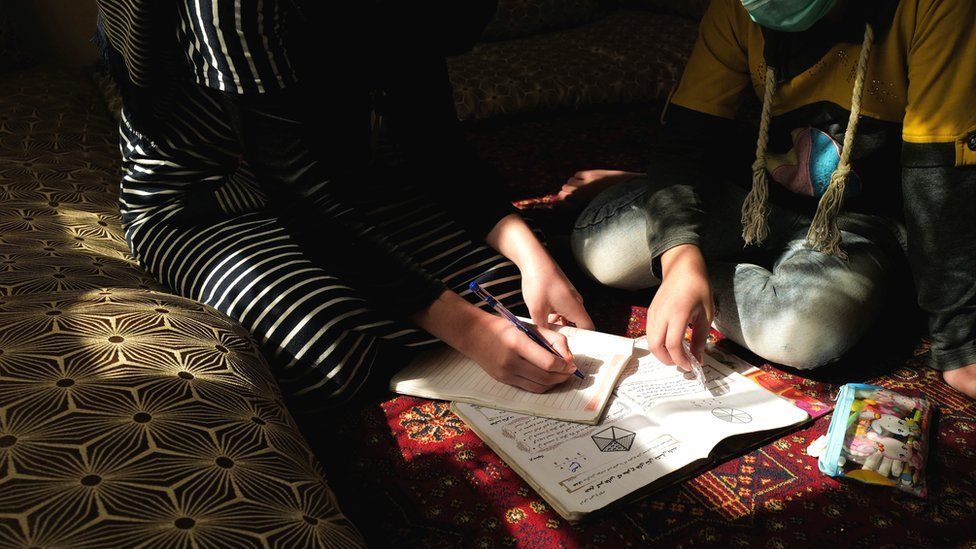 In a world constantly progressing toward humanitarian rights, Afghanistan stands helpless and countless examples of the failure of humanity go unseen. Since the takeover (invasion) of the Taliban in mid-August, Afghanistan has been frozen in time. Halted! And with this halt, a non-stop machinery of consistent development malfunctioned and froze far beyond the simple fix of a kickstart. Layer upon layer, sadness has accumulated upon the people of Afghanistan. Should they complain of being internally displaced or starvation? Or should they shed tears because the very spine of business and commerce has been shattered? All problems aside, will the turbulent term of the Taliban allow freedom of speech, thought, and education? Above all else, will education ever prevail for the extraordinary women of Afghanistan?

Twenty years of law and order, twenty years of constitutional enhancement, twenty years of the battle of Afghanistan’s women for their education, leadership, equality in opportunity, and twenty years of war all turned to dust. A country where women had just ascended to power in the parliament, in the ministries, and technology. This was all possible because of a concrete foundation in education. Each year thousands of students would give the board exams, and girls would excel. For the past two consecutive years, Afghan girls have topped the charts of Afghanistan board exams and two young boys secured second and third positions last year. Where are these young girls and how do they feel when boys are allowed to attend college and girls are restricted. How did the young girls of the elementary and secondary school feel when young boys stampede to schools for their final exams, and they watched from the windows of their home. There is no telling…

Education in Afghanistan had recently touched new skies where students’ spent days and nights studying the English language. English is a world dominant language without which the chance of advancement to higher education within Afghanistan seemed narrow, let alone the rest of the world. The students with high ambitions and focused goals to gain a better education abroad are now in awe and skepticism. With the inevitable change in the educational curriculum by the Taliban, no “non-Muslim” education seems plausible in the country. No good will come of this kind of education bring when it cannot be applied anywhere in Afghanistan or elsewhere around the world. So, what happens when education is snatched and robbed off of more than half of the population, and restricted fundamentally on the other half. A developing country falls into crisis, the return from which appears vividly impossible.

Futures remain uncertain, careers are lost, progress remains stagnant, and education in Afghanistan is now hopeless for most. The stories of many in Afghanistan are stained with pain, and especially the girls and the women who once saw a bright future for themselves that has now faded into a visionless blur. Illiteracy has been the root of Afghanistan’s major problems and drawbacks for decades, and now with the return of the Taliban, all efforts towards country-wide literacy are condemned to catastrophe.

For more resources, please read on:

Donate for the cause